Simply put, the more abundance you allow yourself to have, the more your mind acknowledges your right to receive more. That circle goes on and on, and you’ve created a never-ending circle of unlimited abundance.
But Creating The Belief that You Deserve Abundance Is The Hard Part...

It could take years of therapy and cost you a small fortune to figure out just the right combination of things that make some people happy and rich, allowing them to have great relationships and a career they are passionate about - while others fall flat on their face, sabotaging their success.
But instead of knocking yourself out trying to come up with a magic potion, you can find the real answer inside a new practical guide to living an abundant life, a personal transformation system called:
Change One Thing, Change Your Life
Everything you need to create a life filled with passion and overflowing abundance is here. It’s a system that fully aligns your desires, beliefs, and sense of deserving (self-acceptance). Creating integrity between your heart, mind, and soul is absolutely necessary for achieving high levels of abundance and success.
But don't take my word for it, here's what people from all over the country are saying about this unique life-affirming system:
In just my first 3 days of working with this system, I’ve gone from struggling in my work to being the top-booking agent in my company 3 days in a row!
Marcia C., booking agent
I’ve generated thousands of dollars in income just 10 days into the program with many new clients committing to long-term contracts.
Danielle M., business coach
The most profound thing is how my marriage has changed. I am calmer, more accepting; but I swear the biggest change is my husband. He is being nicer, more loving and considerate. I love it, and he’s never even looked at the program. He told me he feels closer to me now.
Lynn C., marketing representative
Feel comfortable expressing your brilliance. Conquer your self-sabotaging inner-voice and listen to your true voice.

I know you're probably still skeptical and a bit on the conservative side, but think about this - if you keep doing the same things over and over again - you'll only succeed in getting the same results. That's why I want to let you try my proven system - completely and totally risk-free! (I'll tell you about my unique guarantee in a moment.)
Every decision you make either takes you closer to your true self or farther away. Every choice in every moment charts the course of your life.
Which Of These Powerful Secrets
Could You Use To Live Your Life to the Fullest?
So what exactly is this program?
“Change One Thing, Change Your Life” is a 40-day program of a daily principle described through examples of real-life situations, and journaling questions specific to that day's lesson that literally change your life - starting on Day 1 and totally transforming how you see yourself by Day 40. It’s an easy to understand approach to a subject normally delivered in complicated spiritual jargon. This is the culmination of over 20 years of personal research. “Change One Thing, Change Your Life” contains the practical answers to your spiritual and practical life  and business questions.
Okay, So What's The Cost For This Incredible Resource?
Well, realize that this success system could easily sell for thousands of dollars with the life-changing results people are experiencing. In fact, if you asked many top experts to provide you with a quick and painless life-changing system, your only choice would be to travel and attend seminars for which you would commit a huge amount of time and money, being charged in the neighborhood of $5,000 to $10,000. Or they might charge $20,000+ to join their yearly mastermind. And without getting materials such as this system to take home!

I currently charge a minimum of $750.00 an hour for private sessions. So at bare bones minimum, you're getting thousands and thousands of dollars worth of my personal insights and formulas for personal greatness at your disposal.
But I'm not going to charge you anywhere near that amount or even my minimum rate. In fact, your cost for this amazing 40-day program for creating unlimited abundance and the life of your dreams, normally priced at $247 is just $97 (while the offer below is in effect).
So what's the catch? Why am I practically giving this system away?
There are actually 2 other reasons for this offer.
First the business reason. This incredible life-changing product was created because I can’t work with everyone I would like to one on one. So, I’m offering it for this low price because I want you to become a part of the Change One Thing family. I’m certain that after you experience the value of this product you will not only want to see what else I offer but also tell your friends.
What do I get out of this? Simple. I need more "testimonials" for my forthcoming worldwide rollout of “Change One Thing, Change Your Life”. Will you help me?
In exchange for the $150 discount, I want your promise that you'll contact me and report the full story and details of your success, after you apply what you've learned from Change One Thing, Change Your Life”. Sound fair to you?
Bottom Line: One 5-minute email is your passport to get $150 OFF the $247.95 price!
The personal reason for such a low price is because I want to reach as many people as possible with price not being a barrier. I am saddened by the low level of self-esteem in our small children and teenagers, not to mention the adults. This low price allows any parent or grandparent who would like to create a better life to use this system as a vehicle to achieving unlimited abundance. Then you can teach it to your kids.
Let's face it, not knowing what you are meant to do in life is taking its toll on your health and well-being.
Now you can benefit from all the years of research I’ve done. I’ve done the work so you can enjoy quick rewards of this incredible program.
100% RISK FREE
Your success in using “Change One Thing, Change Your Life” is completely guaranteed.
In fact, here's my 100% Better-Than-Risk-Free-Take-it-To-The-Bank Guarantee: 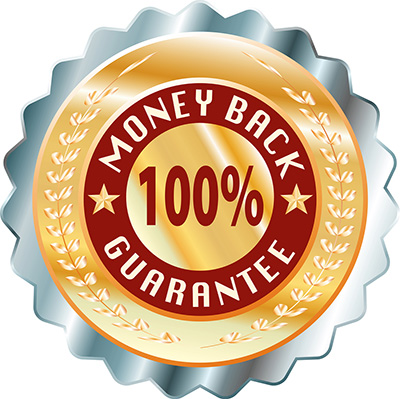 Beyond my 30 day no questions asked money back guarantee I offer you a second guarantee. I personally guarantee that if you do not see a difference in the quality of your life and your level of abundance after working with this system for 80 days (that gives you a chance to see the results you've achieved by going through the 40 cycle a second time)I will give you a free 30-minute phone consultation. This consultation is valued at $375.00
That means you can try out the complete 40-day system at my risk, twice, while you see if it works for you. And if you don’t see a change, I honestly want you to ask for your free consultation. I cycle through the 40 days often and always see a recognizable benefit.

What is your inner voice saying to you?
Are you ready to set yourself up for success instead of failure?
There is absolutely no risk, whatsoever on your part. The burden to deliver is entirely on me. If you don't create results using this product, then it’s my loss, not yours.
Are you judging yourself by an outdated definition of who you are?
Look at it this way -- $97 is really a painless drop in the bucket compared to the money you could waste on ineffective attempts to affect change in your life this year. That's why...
You Really Can't Afford To Invest In
“Change One Thing, Change Your Life”!
It's easy to get started right away. Just click on the order button below.

Get ready to create overflowing abundance in your life now.
Be ageless,
Lynn Pierce
P.S.: Just think! You'll never again suffer the pain and frustration of wondering why your life isn’t the way you had pictured it.
It’s time to find out what’s really important to you and what you really, really want from your life.
Of course, this is a commitment, but a commitment to change is exactly what it takes to create the life of your dreams today. This incredible offer is only for a limited time. After that, the price will not be the same.
So get started now to attract the mate, the new career, the body, or the money that you want. Most importantly, you'll become the person you were always meant to be. This is the program to show you how to have it all. Every choice you make changes your life for the better or not. Which choice will you make today?
Isn't your happiness worth 15 minutes a day?
Click on the order button now and change your life.
Get Your Copy Now!